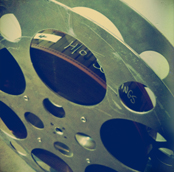 IFI Spotlight, an annual Irish film event, provides a concentrated focus on the Irish film and television industry. This year it includes a free day-long seminar, open to the public, chaired by Margaret Kelleher (Chair of Anglo-Irish Literature at UCD), which will focus on current Irish film and television production and will be complemented by three new Irish feature releases: John Michael McDonagh’s Calvary (opens April 11th), the screen adaptation of John Banville’s The Sea (opens April 18th), and Pat Collins’ Living in a Coded Land (opens April 25th).

Sunniva O’Flynn, Head of Irish Film Programming at the IFI, said ‘With IFI Spotlight we are creating a new space for a wide range of voices to be heard as consumers and producers come together to evaluate recent Irish film and television production. It’s exciting. It’s important. It’s about time.‘

David Kavanagh’s ( Chief Executive of the Writers Guild of Ireland) Opening Address (11am) will outline the rationale for an annual, critical review of work from cultural, industrial and economic perspectives, which will aid future decision making and policy making in respect of the arts.

This will be followed at 11.40am by the first such Year in Review, chaired by Tony Tracy of NUI Galway with a panel of experts drawn from the realms of television drama (Jane Gogan, Head of Drama at RTÉ), feature films (Ed Guiney, Element Pictures), animation (Gerry Shirren, Managing Director, Cartoon Saloon) and documentary (Rachel Lysaght, Underground Films).

Film fan, journalist and broadcaster Una Mullally who is particularly interested in popular culture, online trends, feminism and LGBT issues, will present a personal and possibly provocative Soapbox (3.15pm) response to the body of film and television work that is being produced in Ireland.

The final session will be an Open Discussion (4.45pm) where audience members will be invited to add their voice to the discussion about Irish film and television and to tease out issues raised during the day.

For full details of the IFI Spotlight day-long seminar and the releases of new Irish films that from part of the focus, visit www.ifi.ie/spotlight

These events on April 12th are FREE. Simply book your free seat by contacting the IFI Box Office on 01 679 3477 or emailing boxoffice@irishfilm.ie (given that events can sell out, please note that your emailed booking requests must be confirmed by reply email from the Box Office in order to be considered valid).

For interview requests, images and more media information please contact Patrick Stewart at the IFI Press Office on 01 679 5744 or pstewart@irishfilm.ie.