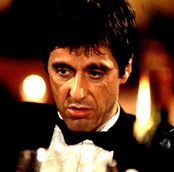 Hollywood’s relationship with drugs has often been uneasy. It wasn’t even a subject that was thought suitable to be addressed in film until the release in 1955 of Otto Preminger’s taboo-breaking The Man with the Golden Arm (Feb 27th, 18.30) which changed the way films were certified in America – all at a time that the studios were indulging their stars’ habits and covering up any drugs busts.

That’s partly why so many of February’s Drugs line-up in the IFI’s Sex&Drugs&Rock&Roll Season are from outside Hollywood, which even today is most likely to deal with drugs through earnest crime dramas or dumb stoner comedies. This season takes in films from pioneers of American Independent cinema, from world filmmakers taking a hard cinematic look at the effect drugs were having on the youth of their countries (Christiane F., Feb 26th 18.20) and from British mavericks like Donald Cammell, Nicolas Roeg and Ken Russell.

American Indie cinema found it’s buzz in 1962 with The Connection (Feb 23rd16.00), that follows a group of drug addicts waiting for their dealer in a New York loft apartment. The beat dialogue and jazzy score may be of its era but Shirley Clarke’s debut had an influence on American independent cinema that was way ahead of its time. Starring Bruce Dern and Peter Fonda, Roger Corman’s The Trip (Feb 8th, 16.00) broke new ground in 1967 by depicting drug experience from the perspective of the user. A decade later Lou Adler’s 1978 Up in Smoke (Feb 9th, 16.00) created the template for all the stoner comedies that came after it.

Perhaps only a director with the visual flair of Terry Gilliam (this year’s Volta recipient at JDIFF) could have done Hunter S. Thompson’s Fear and Loathing in Las Vegas justice (Feb 16th 16.00). The 1998 adaptation is a wild and anarchic ride filled with vivid imagery and using different palettes and manipulation of the medium itself to distinguish between the effects of the many drugs the duo snort, smoke, swallow, and inhale.

All that isn’t to say that Hollywood can’t make a good movie about a drug-lord every now and then. Arguably the highlight of Brian De Palma’s career, his 1983 remake of Howard Hawke’s Scarface (Feb 15th, 17.10) is a pop culture touchstone, due in no small part to Oliver Stone’s endlessly quotable scrim and Al Pacino’s iconic performance as drug lord Tony Montana.

A bad experience at the multiplex can be a real downer. Let the IFI be your pusher in February. We got the good stuff right here.

Tickets for the Drugs Season are available now from the IFI Box Office on 01 679 3477 or online at www.ifi.ie.

To interview IFI Head of Programming Michael Hayden, to get high-res imagery or for more media information please contact Patrick Stewart at the IFI Press Office on 01 679 5744 or emailpstewart@irishfilm.ie.