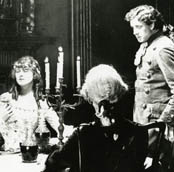 Willy Reilly and his Colleen Bawn at the National Concert Hall

On Saturday 21 July 2012 at 8pm The National Concert Hall and the Irish Film Institute present two remarkable Irish films from 1919; Willy Reilly and his Colleen Bawn, which is one of the few surviving Irish features from the silent era, and the historical Dáil Bonds film which features Michael Collins, then Minister for Finance. The 11-piece CineTheatre Ensemble will accompany the  the films with an original score from Irish composer Bernard Reilly.

We are delighted to announce that Nora Owen (Michael Collins’ niece) has kindly agreed to introduce Dáil Bonds Film, and Mrs Carolyn Smyth, grand-daughter of Willy Reilly star Jack MacGowan, is due to attend also.

Willy Reilly and his Colleen Bawn, is an Irish Romeo and Juliet set in the 18th Century during the Penal Laws. Directed by John MacDonagh, brother of the executed 1916 leader Thomas MacDonagh, the film was shot in 1919 at St. Enda’s School, Rathfarnham (which had been established by Patrick Pearse in 1910) and released in 1920.

The film tells the story of Willy Reilly, a Catholic gentleman in love with Helen Folliard – the ‘Colleen Bawn’. She loves him in return but she is the daughter of the local Protestant squire and their love is repeatedly thwarted by the plotting of the film’s villain, Sir Robert Whitecraft. Desiring the Colleen Bawn for himself, he tries to rob Willy Reilly of his ancestral lands and frames him for theft. Despite this, the Colleen Bawn remains steadfast in her devotion to her one true love.

While filming in St. Enda’s, John MacDonagh was asked by members of the First Dáil to make a short propaganda film to promote their Republican Loan Bonds. St. Enda’s offered the perfect backdrop. It was the former home of Patrick and William Pearse and two other executed leaders from the 1916 Rising – Thomas MacDonagh and Con Colbert. In addition Robert Emmet, the leader of the 1803 Rebellion, was said to have secretly met his sweetheart Sarah Curran within the grounds. The film features Michael Collins, Arthur Griffith, Patrick Pearse’s mother and sister, widows of some of the other men executed in 1916 and Joseph MacDonagh, then Sinn Féin T.D. for North Tipperary. Collins was filmed signing the Dáil Bonds on Robert Emmet’s execution block which is now on display in the Pearse Museum.

Bringing the silent movie to life will be CineTheatre Ensemble who will be performing the specially written score by Irish composer and studio musician Bernard Reilly. The Director of CineTheatre Ensemble Bernard Reilly has recorded with many international names, including the London Philharmonic, Andrew Lloyd Webber and The Corrs. As a composer his music features in number of acclaimed films and documentaries, including A Soldier’s Song, The Gamble and The State We’re In for RTÉ Television. Bernard has composed and orchestrated for the RTÉ Concert Orchestra including Gráinne performed in major venues across the USA. He also spent many years in London’s West End playing in shows including Blood Brothers (original company), Cats, Phantom and Starlight Express.

Both Willy Reilly and His Colleen Bawn and The Dáil Bonds Film are now preserved in the IFI Irish Film Archive.

On July 19th at 2pm at the IFI there will be a free informal discussion on this historically significant drama, and the art of creating music for silent film. IFI Curator Sunniva O’Flynn will be joined by composer Bernard Reilly and Dr. Kevin Rockett (TCD) for an event which give context and an added layer of appreciation for those also attending the screening two days later.

For more information, interview requests and images please contact Patrick Stewart at the IFI Press Office on  01 679 5744 or email pstewart@irishfilm.ie