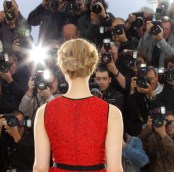 “Sunday allowed for several films to be packed in back-to-back, despite the full-blown storm that hit the South of France. This wasn’t the kind of weather I was expecting!” – IFI Director Ross Keane reports back from the Cannes Film Festival – read Part Two of our exclusive blog!

The final part of Ross’s blog – covering his final three films from Cannes, David Lambert’s Beyond the Walls (Hors les Murs), Thomas Vinterberg’s The Hunt and Alain Resnais’ You Ain’t Seen Nothin’ Yet, will be posted tomorrow.