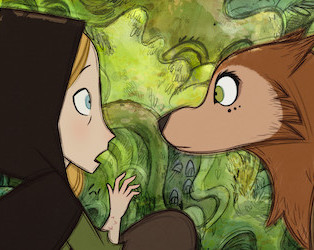 These screenings will be followed by a PRE-RECORDED Q&A with a post-screening Q&A with co-directors Tomm Moore and Ross Stewart where they talk about many topics including the themes of film, casting, having two girls as the main characters and how music played such an important role for the film.