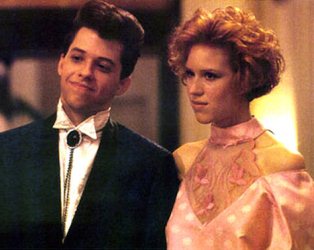 The concept of teenagers as a distinct social group largely originated with the post-World War Two ‘baby boomer’ generation as they strove for a degree of autonomy and respect that had never before been considered for their age group. At first, this gave rise to a form of moral and social panic which characterised them as feckless juvenile delinquents intent on overthrowing the status quo, as exemplified by Brando’s famous response, “Whaddya got?” in The Wild One (1953).

As the subsequent decades progressed, and rock ‘n’ roll took hold, the teenager was assimilated into mainstream culture, even becoming one of its primary driving forces as an increasingly powerful consumer. This reached a peak in the 1980s, when a substantial share of American productions were aimed exclusively at the teen market, something which continues to this day with varying degrees of success.

While the problems faced by teenagers are universal, and have been tackled by international directors such as Éric Rohmer, to name one, the films in this season are exclusively American; they are the films that set the template for cinematic depictions of teens, and are films held dear by global audiences, who may still wince at seeing their teenage years so accurately portrayed. (Introduction and notes on individual films by Kevin Coyne.)