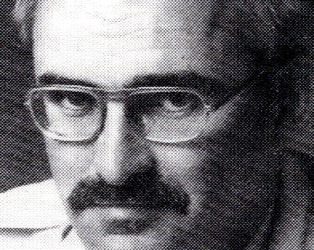 The IFI and Jameson Dublin International Film Festival present a tribute to one of Ireland’s most sophisticated and versatile filmmakers – as accomplished in his production of elegant literary documentaries as he was in his direction of a series of exceptional short fiction films – literary adaptations and dramas which, for the first time in Irish cinema, explored sexuality, infidelity, and middle-class angst and challenged notions of nationalism, sectarianism and the glorification of the past. These fine works were produced with his collaborators Pat Duffner and Sean Corcoran at BAC films alongside an extensive catalogue of commissioned films – travelogues, health & safety and corporate films – which today provide colourful snapshots of Irish society in the 1970s and ‘80s. (Notes by Sunniva O’Flynn.)

I had the good fortune to co-write with Kieran Hickey. Kieran was intent on bringing to the screen a true picture of Irish society. There is nothing cozy about his films. There is, instead, an honesty and an exactitude, a desire to sweep aside a divisive self-consciousness in favour of a mature exploration of ourselves. His ambition for the work was never thwarted by budget restrictions. Kieran was a private man with strong friendships, ever prepared to get in the fight. His deep love of literature and extensive knowledge of cinema was brought to bear in the face of any challenge. (Philip Davison)