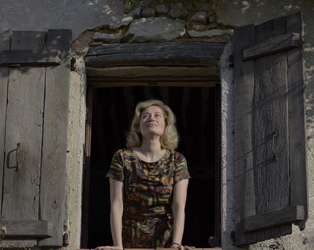 Celebrating Martin Provost’s new film, Violette which opens today, Friday October 3rd at the IFI, we have a DVD bundle and a film poster, courtesy of our friends at Soda Pictures to give away to one lucky winner! The DVD bundle includes: Camille Calaudel 1915, Coco Chanel & Igor Stravinsky, Renoir, The Thorn in the Heart and A Common Thread. After Sachs abandons Violette, played by the outstanding Emmanuelle Devos, she returns to the capital to finish the book he implored her to write, whereupon she tracks down Simone de Beauvoir to ask her to read it. Sandrine Kiberlain’s alluring de Beauvoir obliges and recognises in Violette’s writing a forthright voice capable of challenging received notions about female expression and sexuality. Stark and poetic, this is a beautiful rendition worthy of its intrepid, powerful subject

Martin Provost directed which one of these films?

Competition closes at 12pm on Wednesday, October 8th, 2014. The winner will be contacted by email. (See IFI Terms and Conditions  regarding prizes and competitions.)