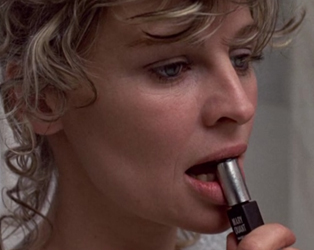 The IFI begins 2014 with three months of seasons dedicated to excess, presenting examples of how cinema has taken on sex, drugs and rock`n’roll.

The selection for the Sex session mostly come from the 1970s, a period when freedoms won by various liberation movements throughout the world had led to a relaxation of censorship laws in some territories and before the AIDS crisis provoked a more agonised and puritanical approach to representing the sex act in art. Removed from that time, in an age when hardcore pornography is easily available on every mobile phone and the act of buying a pint of milk from the local shop means that highly sexualised images paraded on the magazines stands are unavoidable, it’s perhaps surprising that the films have not lost power to shock and provoke, to intrigue and tantalise, to amuse or appal.

More recent films by John Cameron Mitchell and Steve McQueen are responses to the sex saturation of our times, and with Alain Guiraudie’s acclaimed cruising film Strangers by the Lake coming in February, and Lars von Trier continuing to tease ahead of revealing the eagerly anticipated Nymphomaniac, currently on the release schedule for March, sex remains on the brain for some of the world’s most significant filmmakers.

Look to our February brochure for a Drugs hook up. Stay tuned for Rock`n’Roll in March.