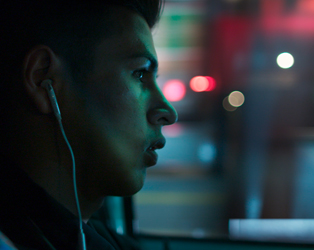 This week’s new releases at the Irish Film Institute on Friday February 21st 2020 are End of the Century, Little Joe, and Midnight Family.

END OF THE CENTURY

“There are fine shots of skylines and buildings and the two protagonists have a keen sense for aesthetics.”

“It is a film of wry reflection and fond remembrance that retains an emotional tug thanks to the performances of the two actors and the chemistry they generate.”

“Castro metes out the lyrical surprises slowly and steadily, saving the best for last.”

“It is transition in the sense of fluidity between real and imagined futures which proves such a central motif in this eloquent, impressive film.”

“It gets under your skin and lays eggs there. It will not be easily forgotten”

“It effectively plays out the pod people myth amongst unique visuals of spotless, high tech, clinical metal and glass interiors by people in white green-tinged lab coats to an unsettling, electronic score.”

“It’s a movie that grows on you, planting a seed that only comes to flower long after the closing credits.”

“Hausner works in a shivery and deliberate modernist spook-show style.”

“The film achieves a powerful measure of suspense that’s intricately tied up in its despairing sociological depiction of a system that’s come apart at the seams.”

“Somehow Lorentzen shows that it is not the Ochoa family who are the bad guys, but the whole rotten system.”

“‘Midnight Family’ can be tough to watch, but it never feels unprincipled or indulgently exploitative.”