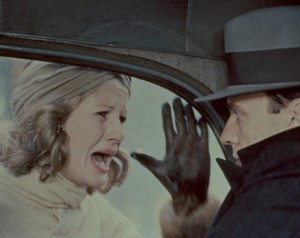 A six-week evening course on the study of film

Our Spring Evening Course will take an introductory look at film studies. Running over six weeks, each evening will start with a screening selected by the speaker, and follow with a talk on a core aspect, in the context of both the particular film and film theory in general.

As a concept, film studies has evolved to become an established and recognised academic discipline, but outside of formal study, such is our familiarity with the medium itself that we don’t often take the time to consider how we read the images on screen. This course will take a
back-to-basics approach. No previous study required, just a passion for cinema and a desire to see more.

The films shown during this course are:

Please note: The course will run on consecutive Tuesdays, with the exception of March 18th. (Wednesday). Order of screenings may vary slightly.