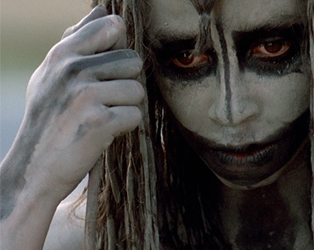 WIN A PAIR OF TICKETS TO SEE THE 70MM SCREENING OF QUEST FOR FIRE!

Celebrating the 70mm screening of Quest for Fire, on Wednesday, September 3rd at the IFI, in partnership with Temple Bar Gallery + Studios, we have a pair of tickets to give away to a lucky winner!

In partnership with Temple Bar Gallery + Studios, the IFI is pleased to present the 70mm screening of Jean-Jacques Annaud’s spectacular Quest for Fire. Around twice the size of regular 35mm prints, the 70mm format offers greatly increased colour and clarity as well as sound quality that still rivals anything digital cinema has to offer. The IFI is the only cinema in Ireland capable of projecting this stunning format.

Selected by artist Nathaniel Mellors, this event takes place in conjunction with his exhibition, The Sophisticated Neanderthal Interview which opens at TBG+ S on September 4th.  A fantasy sci-fi comedy set in the Neanderthal transition, Quest for Fire has an epic, unmistakably post-Space Odyssey aspect.  Featuring an imaginary paleolithic language based on Inuit vocabulary and written by Anthony Burgess, the film employs an ancient setting as a lens for the present and is long overdue for reappraisal and critical acclaim.

The IFI is the only cinema in Ireland cable of projecting what size prints?

Competition closes at 5.00pm, Monday, September 1st, 2014. The winner will be contacted by email shortly after. (See IFI Terms and Conditions regarding prizes and competitions.)