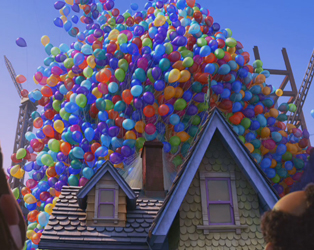 In the 20 years since the release of Toy Story, of which Pete Docter was one of the original creators, Pixar Animation Studios have revitalised the form, producing work of wit, invention, and sophistication with cross-generational appeal.

While the films have been hugely commercially successful, Pixar’s output has also received rapturous critical acclaim and a stream of major awards, including seven Oscars for Best Animated Feature. Docter was also one of the creators of WALL·E (2008), and the director of Monsters, Inc. (2001) and Up, which in 2009 became the first animated film invited to open the Cannes Film Festival.

Docter this year returned to the Croisette with Inside Out, which opens the IFI Family Festival on July 16th. To mark the occasion, we are pleased to present this selection of Pete Docter’s work with Pixar, films held in deservedly high regard by all ages, and by audiences and critics alike.