French photojournalist Gilles Caron disappeared in Cambodia in 1970, aged 30, at the height of a brilliant career, with more than 100,000 photographs to his name. With honesty and rigour, Caron covered high profile and dramatic conflicts from Vietnam to Biafra, Nigeria to Paris May ’68, and to the Derry of 1969 where he took 1,200 photos in just three days. Filmmaker Mariana Otero offers us a resonant and moving portrait as she investigates and reflects on the ambiguous role and presence of the documentary photographer in scenes of conflict. 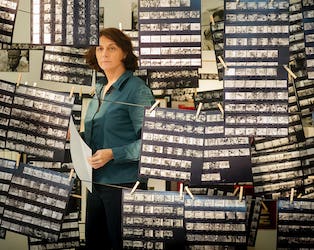