IFI & ONE CITY ONE BOOK: A TATTY CHILDHOOD (FROM THE VAULTS)

This year’s One City One Book choice is the powerful novel Tatty.  Author Christine Dwyer Hickey will introduce a programme of short films illustrating themes explored in the novel.  Films about alcoholism, marital breakdown and disability made between the 1960s and ‘80s chime with the book’s vivid descriptions of a difficult Dublin childhood and will show changes in Irish society in the intervening years. The programme includes some lighter notes in its depictions of everyday suburban life.  The programme of films from the IFI Irish Film Archive includes: 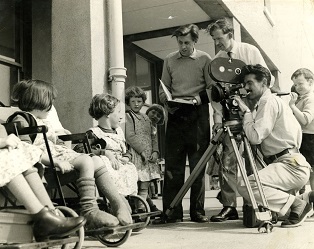