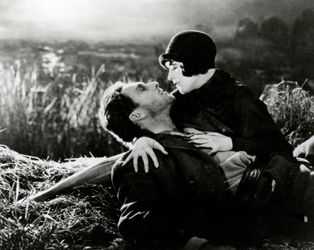 German filmmaker F.W. Murnau was one of the leading figures in the early years of European cinema. With many of his early films lost, the true scale of Murnau’s achievement is difficult to fully articulate, but there is no doubt that Hollywood was watching his success. In 1926, William Fox, the Hungarian born owner of the young Fox Studio, invited Murnau to Hollywood. The first result was Sunrise: A Song of Two Humans, now widely recognised as a one of the pinnacles of this new art form, which revolutionised the way American filmmaking would be approached. Made in the twilight of the silent era, Sunrise is a milestone of expressionism and one of the few films to instantly achieve legendary status.