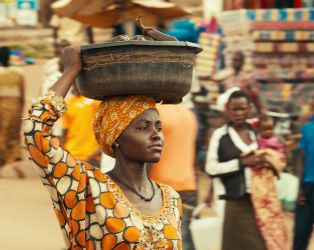 Queen of Katwe is a Ugandan set biopic about a young girl who overcomes her poor surroundings to become a chess grandmaster. Adapted from an ESPN magazine article and book by Tim Crothers, the film tells the story of Phiona Mutesi who takes a place at a chess school for disadvantaged children and determines to master the game. Big dreams sustain her as she defies expectation to achieve world-class status.

Queen of Katwe will be presented by Taryn de Vere, fashion activist, performance artist, writer and mother of five. Taryn believes that introducing her kids to good films is essential – ‘Films are much more articulate than me at describing the ups and downs of humanity & generating empathy’.