The bourgeois complacency of a Parisian family is severely tested when surreptitiously-recorded videos of their lives begin arriving anonymously to their well-appointed home. Anne (Juliette Binoche) senses Georges (Daniel Auteuil) is concealing something, though he denies knowledge of the provenance of the tapes. As the surveillance grows more sinister, George is prompted to reconnect with Majid (Maurice Bénichou), a long-forgotten childhood friend who may, or may not, be the source of the recordings. Michael Haneke’s ambiguous, claustrophobic nightmare fuses George’s repressed memories with the guilt and shame of a nation. 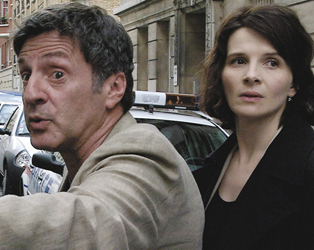