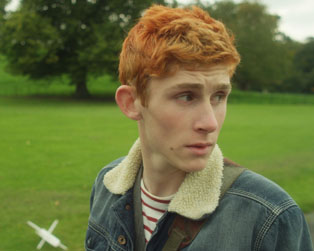 IFI Education is delighted to partner with GAZE Film Festival and BeLonG To Youth Services on a special 15-18’s screening of Handsome Devil, followed by a Q&A with writer/director John Butler.

Returning to boarding school after the holidays, Ned, a bullied but resilient outsider, is dismayed to find he has been assigned a new roommate, Conor, a rugby playing Adonis. When Conor is drafted by Ned’s prime tormentors, the animosity between them deepens, until English teacher Mr Sherry (Andrew Scott) insists they work together on a variety show duet. An unlikely friendship develops, complicated by desire, and the need to find one’s own voice.

John Butler’s tender tale fits the classic coming-of-age/coming-out mould with equal measures of comedy and drama peppering the road to self-acceptance. Featuring a 1980s indie soundtrack, a top-notch cast and some damn fine rugby, the film is an absolute gem.