This screening will be followed by a Q&A with Tsai Ming-Liang and Lee Kang-Sheng.

Regarded as one of the greatest films of the 1990s, this is a rare screening of The River’s restored version. Set in Taipei, it is a tense, challenging depiction of city life, dysfunctional families, alienation, and sexual tension.

A young woman working as part of a film crew runs into an old friend, Hsiao-Kang (Lee Kang-Sheng). While hanging around the set, he is asked to play a dead body floating in the polluted Tamsui River. Soon after, Hsiao-Kang develops chronic neck pain. Characterised by slow action and minimal dialogue, the symbolism of water becomes apparent as Hsiao- Kang’s mysterious neck pain is mirrored by a water leak in the bedroom that gradually becomes more serious. 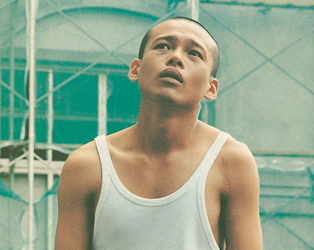