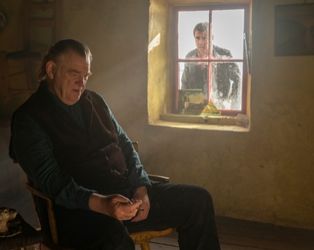 The perils of petty grievances are imaginatively explored in Oscar-winning writer-director Martin McDonagh’s (Three Billboards Outside Ebbing, Missouri) latest comedy-drama, set on the fictional island of Inisherin off the west coast of Ireland during the time of the Civil War, where old pals Pádraic (Colin Farrell) and Colm (Brendan Gleeson) have reached a confounding impasse in their friendship. Colm, tired of wasting his days in the company of the dim-witted, underachieving Pádraic, decides to cease all contact with his former drinking buddy, and devote what time he has left to the composition of music. With Pádraic in a state of disbelief, Colm is forced to offer him a gruesome ultimatum to achieve his isolationist aims. Before long the whole village is involved in the standoff, with no one willing to predict how far these two stubborn men will go with their feud.

Screening as part of the Best of Irish season.