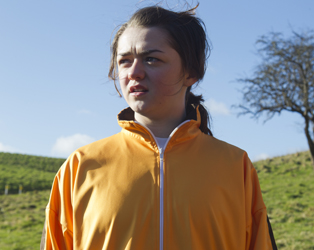 Celebrating the release of Gold, opening Friday, October 10th at the IFI, we have a pair of tickets to the film on the opening night, followed by a Q&A session with director Niall Heery and a film poster, signed by Niall Heery, courtesy of our friends at Wildcard Distribution to give away to one lucky winner!

Sparkling at the film’s heart is Williams, who captures perfectly the brashness and insecurity of a teenager desperate for success. Brave enough to show the real challenges of rebuilding families and lives, Gold is the best kind of feel-good comedy: one that earns the delight it inspires.

In which major hit TV series does actor Maisie Williams star in?

Competition closes at 5pm on Thursday, October 9th, 2014. The winners will be contacted by email shortly after. (See IFI Terms and Conditions regarding prizes and competitions.)