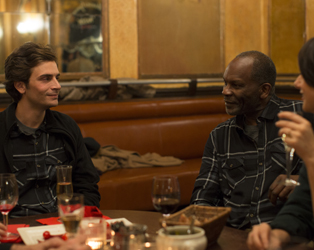 32-year-old war photographer Gabriel (Roman Kolinka) returns to Paris having been held hostage for four months in Syria. Suffering the effects of PTSD and struggling to readjust and connect with friends and family, he impulsively leaves for India where he spent his childhood with his godfather. There he encounters Maya (Aarshi Banerjee), his godfather’s teenage daughter and a relationship tentatively builds between them, despite their differences in age. The latest lyrical drama from Mia Hansen-Løve (Eden, Things to Come) is a beautifully filmed story of romance and self-rediscovery.

Director’s Note: Maya is both simple and profound, timeless yet very contemporary. The luminous photography creates moments of grace and dreamlike scenes all under the dazzling heat of India.