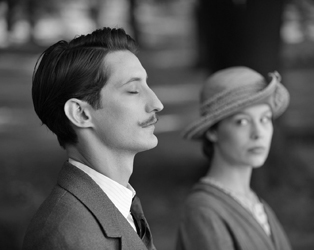 A haunting elegy set in the aftermath of World War I, Frantz is another successful change of pace for the prolific and versatile François Ozon (Swimming Pool, 8 Women, Potiche).

Mourning the death in battle of her fiancé Frantz, Anna (Paula Beer) comes to stay with his grieving parents in their idyllic German village until one day she comes across the mysterious Adrien (Pierre Niney), who claims to be Frantz’s long-time friend from Paris, leaving flowers on his grave. Whilst exploring his connection to her fiancé, Anna begins to develop feelings for this intriguing Frenchman who may not be all that he seems.

Beautifully filmed in striking monochrome, Frantz is both an absorbing drama and poignant commentary on Franco-German relations in the aftermath of the Great War