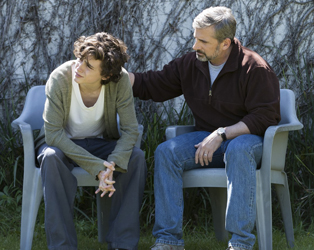 The IFI is proud to again partner with mental health festival First Fortnight throughout January.

LABYRINTHINE
THURS 3RD (18.30)
Labyrinthine tells the story of a man who, after battling for years, developed ways to cope with his psychiatric disorder by means of art, imagination and innovation. Sven is a husband, a father and an artist. He suffers from a bipolar and schizo-affective disorder that caused years of psychotic episodes. This Belgian documentary is an ode to Sven and a reflection on his troubled past and hopeful future. At the same time, it expresses a universal story about living and dealing with psychosis.

BEAUTIFUL BOY
WEDS 9TH (18.15)
A devastated father struggles to deal with his son’s debilitating addiction to methamphetamines in Belgian director Felix van Groeningen’s (The Broken Circle Breakdown, 2012) first English language film, an emotionally charged adaptation of separate memoirs written by the duo. Eighteen-year-old Nic Sheff (Timothée Chalamet) stuns his parents David (Steve Carell) and Vicki (Amy Ryan) when his experimentation with drugs lands him in rehab. The peaks and troughs of Nic’s subsequent recoveries and relapses are depicted in non-linear fashion, flashbacks to Nic’s happy childhood are poignantly juxtaposed with his spiral into addiction. Van Groeningen elicits raw performances from Carell as a father who cannot shed crippling feelings of guilt and Chalamet as an uncomprehending addict blinded to how perilous his situation has become.

ISLAND OF THE HUNGRY GHOSTS
TUES 15TH (18.15)
Island of the Hungry Ghosts is a feature length documentary film directed by Gabrielle Brady set on the remote Christmas Island. Poh Lin is a trauma counsellor living with her young family. She works with people trying to seek asylum to Australia who have been detained in a high security detention facility, deep within the island’s jungle. The island is one of the last discovered places on earth, with humans having migrated to its shores less than a century ago.

The screening will be followed by a Q&A with director Gabrielle Brady.

IFI FAMILY & FIRST FORTNIGHT: FEELING FINE
SUN 20TH (11.00)
Join us for the inaugural First Fortnight IFI Family event. This specially curated programme offers different stories of positive mental health through animations and live action short films. Dealing with school, friendship, bereavement, starting out or learning how to be your best, these terrific films from different countries will have you and your young viewers leaving with a smile.

TWO DAYS, ONE NIGHT
First Fortnight in partnership with IFI National, Embassy of France in Ireland and Embassy of Belgium in Ireland present Two Days, One Night.
This Belgian-French-Italian drama film is written and directed by the Dardenne brothers. Oscar winner Marion Cotillard is impressive as Sandra, a woman who returns to work at solar plant after suffering from depression to find out that her colleagues have chosen to take a yearly bonus at the expense of her job.
She has just one weekend to convince them to change their minds in order to regain her position. What follows is arguably the Dardenne brothers’ greatest cinematic achievement to date. Please visit respective venue for ticket info.
“All credit to the Dardennes for finding an intimate tragedy that shouts so loud to the world beyond.” Xan Brookes, The Guardian, *****