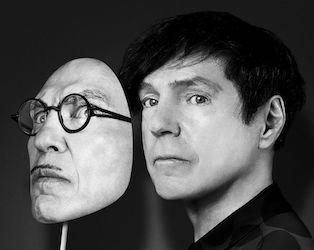 Sparks are, paradoxically, a group that have proved to be hugely influential whilst remaining criminally overlooked at the same time – they are your favourite band’s favourite band. Essaying a variety of musical styles from glam rock to electropop, with idiosyncratic lyrics and a uniquely tongue-in-cheek visual sensibility, founding members Russ and Ron Mael have weathered the storm of fluctuating popular opinion, and album sales, whilst maintaining their artistic integrity throughout a five-decade-plus career and twenty-five studio albums. In his debut documentary, Edgar Wright, a self-proclaimed superfan, brings a spirited vision to exploring the life and times of the brothers Mael, bringing their story to life through eccentric animation and interviews with a who’s who of musical icons, and digging deep into the band’s rich, career-spanning archival footage.