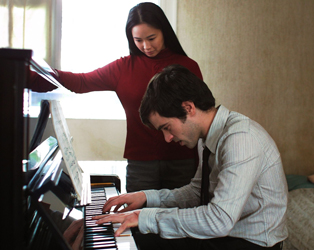 A remake of James Toback’s Fingers, The Beat That My Heart Skipped sees Romain Duris as Thomas, torn between his life of crime and his aspirations to being a concert pianist. Working as an enforcer for his father in the shady side of Paris’ real estate business, a chance encounter leads to the offer of an audition. In preparation, he enlists the help of a Chinese virtuoso who doesn’t speak French. Duris gives an intense performance as the confused young man trying to reconcile the different sides of his personality. (KC)