A favourite at Cannes and now a frontrunner for an Academy Award, this loving recreation of the glory days of silent cinema is an utterly captivating entertainment in its own right. Yes, it’s in black and white, shot in the old Academy 4:3 screen size, and even has title cards for the dialogue, yet we quickly adjust to such unfamiliar authenticity because leading man Jean Dujardin’s charismatic allure draws us in completely. It also puts him right at home in old Hollywood, where he plays silent idol George Valentin, a swashbuckling sensation until the coming  of sound changes everything. For Bérénice Bejo, the one-time extra who’s in love with him, the new technology presents her with fresh opportunities, yet Valentin rejects the talkies as a gimmick, putting his career on the line.

Director Michel Hazanavicius brings us romance, obsession, glamour – and Uggy, the screen’s smartest-ever Jack Russell! – in a feat of delirious storytelling which will make you fall in love with the movies all over again. (Notes by Trevor Johnston.)

Due to phenomenal demand an extra late-night screening of The Artist will take place at 11pm on Friday 13th January at the IFI.

FRENCH FILM CLUB
There will be a French Film Club screening of this film on January 24th at 18.30. 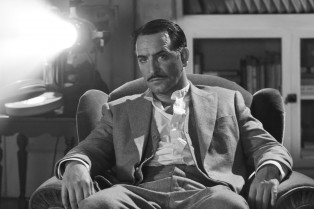