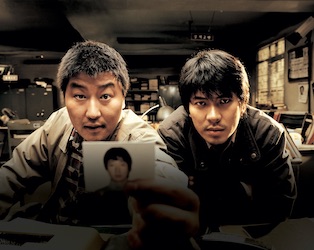 Following the phenomenal and well-deserved success of Parasite, director Bong Joon-ho’s earlier films have come to the wider attention of audiences, and the IFI is pleased to present this opportunity to experience his second feature on the big screen. Song Kang-ho, who will be recognized as the father of the struggling family in Parasite, and Kim Sang-hyung play a pair of detectives investigating a series of murders loosely based on the activities of South Korea’s first serial killer. While at first the two clash over their investigative methods and preferred suspects, eventually they overcome their personal grudges to work together, even as the killer remains elusive. Many of the themes explored by Bong in his most recent film are readily apparent even at this early stage of his career as he fashions a truly superior example of the crime genre.