Often featured on all-time-best lists, Carné and writer Jacques Prévert’s portrait of the Boulevard du Crime in the early 19th century is a sublime romance, miraculously made during the Nazi Occupation. Charting the fortunes of various actors, aristocrats, aficionados and villains frequenting Paris’ theatrical district  many wooing the devil-may-care Garance (Arletty)  the rich, wonderfully engrossing tale of professional and personal rivalries, murky intrigue and unrequited passion explores, to brilliantly witty effect, the crucial role played by different kinds of performance in all aspects of everyday life . . . but most especially in matters of the heart.

Inspired by real events and colourful characters like the mime Baptiste-Debureau (Jean-Louis Barrault), the star Frédérick Lemaître (Pierre Brasseur) and the would-be playwright Pierre-François Lacenaire (Marcel Herrand), the film is not merely a master-class in great acting but an achievement on every front, from the superb cinematography and sets to Carné’s deft elaboration of the sheer genius of Prévert’s script. (Notes by Geoff Andrew.) 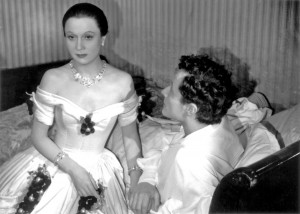