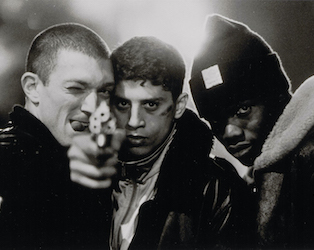 One of the most important French films of the last decades, Mathieu Kassovitz’s La Haine has been re-released to mark its twenty fifth anniversary. The film has lost none of its edge, and is still brash, inventive and angry. It tells the story of three disaffected youths from the notorious suburban projects on the outskirts of Paris. With tensions between the community and the police running high, events spiral out of control and lead to violence and tragedy. Featuring strong performances, stylish direction and gritty black and white photography, this French classic is a must-see.