This screening is now SOLD OUT.

Fergus O’Farrell was the charismatic voice of Interference, one of the most influential bands on the Irish music scene in the 1990s. Although diagnosed with muscular dystrophy at a young age, Fergus did not define himself by his condition nor allow it limit his musical pursuits. The film follows him to the Czech Republic, to Radio City Music Hall and home to West Cork where he struggles to record his final album.

Michael McCormack’s unrushed, joyful, deeply affecting portrait made over ten years captures the pain of Fergus’ deterioration and the strength he gained from his wife Li, his family, Glen Hansard and many other friends.

Winner of Best Irish Documentary at the Galway Film Fleadh 2019.

This screening will be followed by a Q&A with the filmmakers. 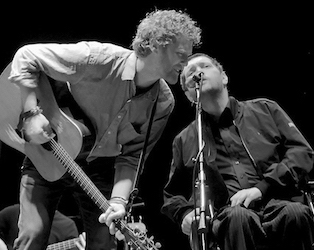