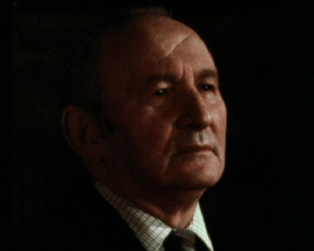 PROGRAMME 1 – MENDEL WALZMAN
Of this short, filmed in the IFI buildings in 1987, Abrahamson said, ‘Mendel Walzmanwas the first thing I ever shot on film. It was a time when I had begun to get interested in my grandfather’s background, and the lost world of Jewish Poland. I wanted primarily to record my grandfather’s stories and his extraordinary accent!’

PROGRAMME TWO – THREE JOES
Featuring the comedic talents of Mikel Murfi, Gary Cooke and Dominic West, three underpant-clad youths, all called Joe, decide to do a bit of housework and think about life and laundry on a summer’s day.