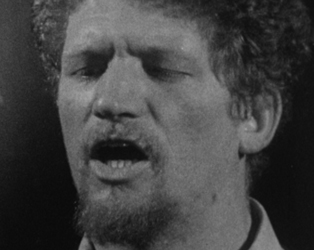 Join us for free films about traditional Irish music from collections at the IFI Irish Film Archive. Simply collect tickets at the IFI Box Office.

Winner of the Silver Bear in Berlin, 1967 Louis Marcus’ short documentary, filmed by Bob Monks, presents an astutely observed record of the Fleá Ceoil in Kilrush in County Clare in 1967. Made at the peak of popularity of Irish traditional music in the 1960s, the film shows Irish and international folk musicians, and their admirers, coming together to listen and play, to sing, dance, drink and enjoy the craic.

Made for German television, this curious compilation of songs from a range of Irish musicians popular in the 1960s situates the performers in a surprising range of Dublin locations. The programme features Anne Byrne, Paddy Moloney, Johnny McEvoy, Dolly McMahon, The Ludlows, Al O’Donnell, Liam Devally, Luke Kelly and Ronnie Drew.