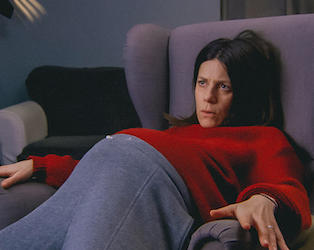 Famous, self-absorbed pianist Claire Girard (Marina Foïs) is excessively ‘handled’ by husband Frédéric (Jonathan Cohen), who manages her career but also siphons away her choice and freedom. Although the couple have no plans to have children, Frédéric unexpectedly assists in delivering a baby on a plane, prompting an excessive and uncontrollable urge to have a child. Determined to get his way, he starts by tampering with Claire’s contraception. What starts out as an unnerving film on toxic masculinity morphs into a wacky comedy aided by director Sophie Letourneur’s choice to shoot in square format perfectly expresses the couple’s claustrophobic sense of confinement. Masterfully swapping gender roles, Letourneur plays with the unacceptable to touching, hilarious, and often absurd effect.