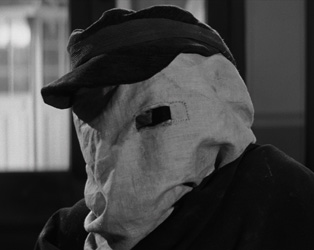 Given the experimental nature of his low-budget debut feature Eraserhead (1977), David Lynch may have seemed an unexpected choice to helm a period piece set in Victorian England that would feature some of the country’s most venerable actors. However, the confidence of producer Mel Brooks in his director paid dividends when the film was ultimately nominated for eight Oscars.

Rereleased in a 4K digital restoration on the occasion of its 40th anniversary, it is a biopic of Joseph ‘John’ Merrick (John Hurt), whose deformities condemn him to a life of exhibition in a freak show before he is discovered by and taken under the care of noted surgeon Frederick Treves (Anthony Hopkins). Told in a linear and emotionally affecting style of filmmaking that Lynch has arguably only utilised since in The Straight Story (1999), The Elephant Man remains deeply and beautifully moving.