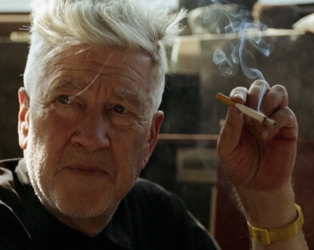 Made by the team who produced 2007’s Lynch, a film which chronicled the making of Inland Empire, David Lynch: The Art Life is an intimate portrait of the usually private director, providing a privileged view of his process as a fine artist, as well as insight into his upbringing and intransigent commitment to self-expression.

Shot in the Hollywood studio where Lynch’s work is seemingly interrupted only by cigarette breaks and visits from his youngest daughter, the film also includes family photos and home movie footage, extracts from which are accompanied by accounts of suitably strange and indelible childhood memories.

With no other contributors, this is Lynch’s own take on his early life and experiences as an art student, first in Boston, but more successfully later in Philadelphia, a haunted city in ruins that served as inspiration for Eraserhead.