ARCHIVE AT LUNCHTIME SEPTEMBER 2017: PROGRAMME ONE

PROGRAMME one
after ’68
1960s Derry. Freda (Deirdre Mulloy), a teenage girl and child of a brief, illicit liaison between a Catholic woman (Ger Ryan) and a Protestant city councillor (Brian McGrath), tries to lead a normal life against the backdrop of the emerging civil rights movement.
FILM INFO: 25 mins, 1993 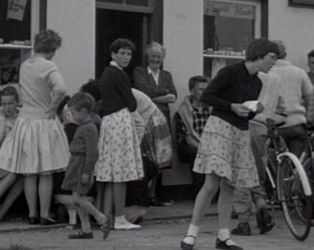