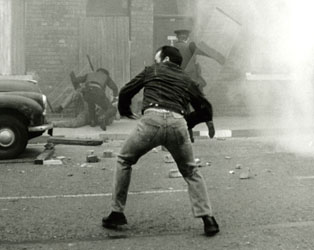 PROGRAMME two
81
Belfast, 1981. A French film crew visit the city to cover the story of Bobby Sands and the Hunger Strikes. They interview a Catholic and Protestant family, living within feet of each other, similar in every way but for their politics.
FILM INFO: 28 mins, 1997