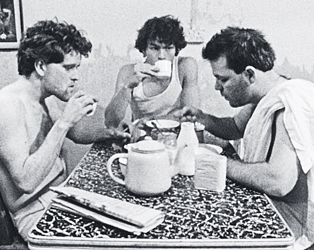 PROGRAMME TWO – THREE JOES
Featuring the comedic talents of Mikel Murfi, Gary Cooke and Dominic West, three underpant-clad youths, all called Joe, decide to do a bit of housework and think about life and laundry on a summer’s day.

The Little Stranger opens at the IFI on Friday 21st.