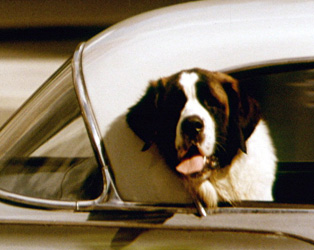 SCANNÁIN GAELACH
In celebration of Seachtain na Gaeilge we present a series of short films made in the Irish language. All films are presented in Irish with English subtitles.

PROGRAMME ONE
POBAL
Pobal is Louis Marcus’s breathtaking panorama of Irish life in 1970. The spirit and character of the Irish people are observed through the lens of Bob Monks in a dynamic series of rural and urban portraits, accompanied by the rousing music of Seán Ó Riada.
FILM INFO: Louis Marcus, 25 mins, Ireland, 1970

PROGRAMME TWO
CÁ nIMÍONN AN tAIRGEAD?
In the first of two short films made by the Department of Posts and Telegraphs to encourage thrift, a slovenly housewife wastes food and electricity; a young woman fritters away her earnings on hats and magazines; and a bachelor spends his money on horses, drink and dogs.
FILM INFO: Gerard Healy, 10 mins, Ireland, 1954, Black and White