NOT A BAD CHRISTMAS
Enda Walsh’s first film bears all the hallmarks of his dark domestic humour as Santa chokes and is buried in the garden pond.
FILM INFO: 13 mins, Ireland, 1999, Digital

SMALL CHANGE
In Cathy Brady’s award-winning short film, a young, single mother Karen (Nora-Jane Noone) is bored by routine. Slot machines have become her secret thrill and addiction. With Christmas looming, a desperate hope for a big win sees her life spiral out of control as her young daughter stands helplessly by.
FILM INFO: 17 mins, Ireland, 2010, Digital 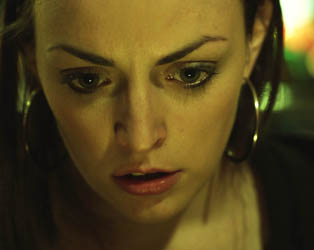