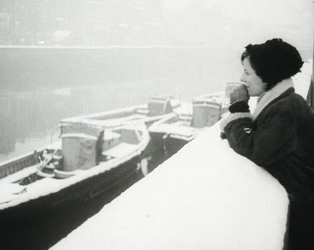 A film made by the Canadian Film Board and later translated into Irish to teach Irish schoolchildren the invaluable skill of igloo-building.

Orla Walsh’s irreverent tale of a woman who seeks divine intervention when she thinks she is pregnant but is unsure who the father is.