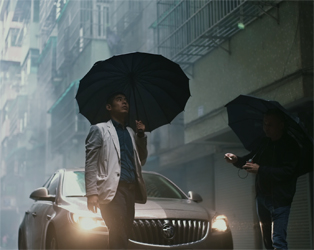 For its fourth edition this March, the East Asia Film Festival Ireland (EAFFI) once again celebrates the artistry and variety of filmmaking from East Asia over four days from March 26th-29th. Following the historic success of Bong Joon Ho’s Parasite at this year’s Oscars, interest in cinema from East Asia has never been stronger. This year’s programme includes new films from prominent filmmakers Wang Xiaoshuai (So Long, My Son), Kôji Fukada (Harmonium), and Hong Khaou (Lilting), and a 35mm screening of Bong’s 2006 blockbuster The Host.

Commenting on this year’s programme, the festival’s Artistic and Programming Director Marie-Pierre Richard said, ‘EAFFI brings to Irish audiences the increasingly popular, diverse and exciting work from established and new filmmakers from East and South East Asia. This year’s programme offers a wide range of film genres, and explores topical themes around culture, the environment, gender, and history, with films from Chinese, Japanese, Hong Kong, South Korean and Taiwanese cinemas. The films presented interrogate the complexity of human nature and our relationship with the world around us.’

In all, nine theatrical Irish premieres will screen throughout the festival, which opens with Fukada’s latest, A Girl Missing, the story of a careworker who becomes embroiled in the case of a missing girl; the film features a wonderful central performance from Mariko Tsutsui.

Touching drama Heavy Craving, from director Hsieh Pei-Ju, centres on the burgeoning friendship between an overweight school cook, a young deliveryman, and a cross-dressing primary school student. Crime drama The Wild Goose Lake, set on the outskirts of Wuhan, follows a small-time gang leader who must flee when he accidentally kills a police officer. Featuring striking cinematography from Dong Jinsong, the film screened in competition at last year’s Cannes Film Festival and will be introduced by Tara Brady of The Irish Times.

From Wang Xiaoshuai, the director of one of 2019’s most acclaimed films, So Long, My Son, comes Chinese Portrait, a wholly unique photographic portrait of modern China. Through long shots without subtitles or voiceover, we encounter traditional villages, crumbling factories, commuters, and factory workers in immense spaces.

Hong Khaou’s English-Vietnamese Monsoon, starring Henry Golding of Crazy Rich Asians and Last Christmas fame, sees a man return to Ho Chi Minh City for the first time since he was six years old. There, romance sparks when he meets an American fashion designer whose father fought in the Vietnam War.

Saturday night sees a very special 35mm screening of Bong Joon Ho’s The Host, his wildly entertaining tale of a family desperate to rescue a young girl from the clutches of a creature who has appeared in Seoul’s Han River. Inspired by a true story of chemical dumping, the film will be introduced by Dr Kevin Cawley of UCC.

Dwelling in the Fuchun Mountains from director Gu Xiaogang, the closing film at Cannes Critics’ Week 2019, focuses on four brothers and the profound connection they have to their homeplace of Fuyang, a once-humble village now undergoing huge social and economic upheaval. Full of sweeping long takes, the film is crafted with meticulous detail and will be introduced by Dr. Qi Zhang of DCU.

Finishing out the festival on Sunday 29th will be Pema Tseden’s acclaimed tale of a truck driver and a vengeful hitchhiker, Jinpa, produced by Wong Kar-Wai, and Liang Ming’s Wisdom Tooth, a complex drama centred on the lives of a brother and sister whose livelihoods are upended by an environmental disaster.

Tickets for the East Asian Film Festival Ireland are available now at www.ifi.ie/eaffi-2020 or by calling the IFI Box Office on 01-6793477. More information is also available from www.eaffi.ie.